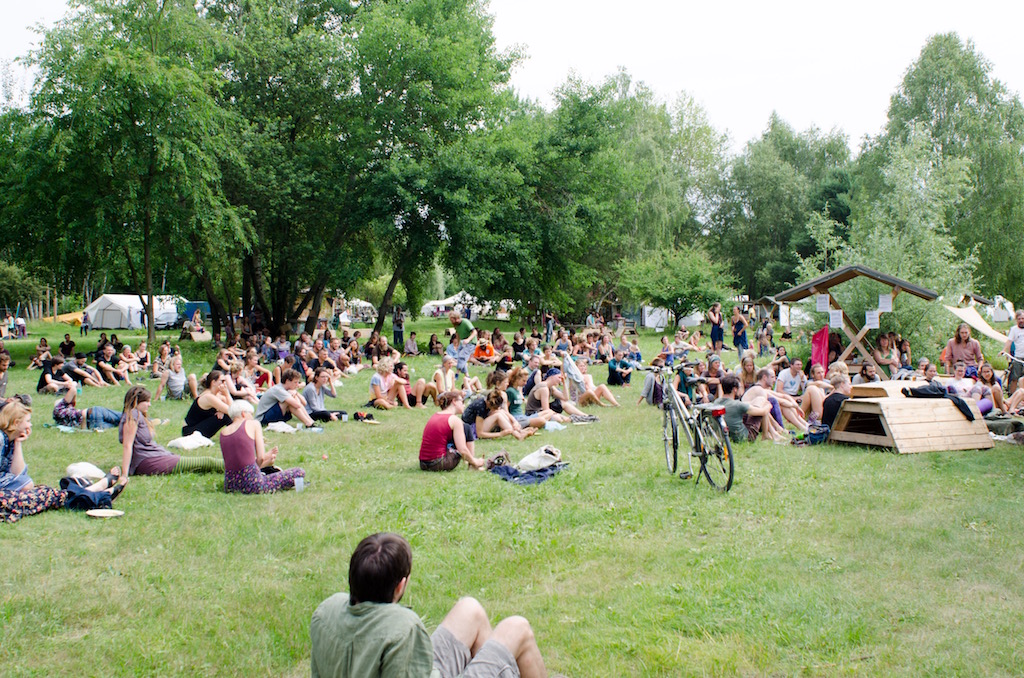 It’s time to get together, with openness, trust, and emancipation...

The economic system that dominates our world has passed far beyond its tipping point. More and more people have come to understand this, and they fear for the future. Answers from left parties fail to go beyond a “let’s make it a bit less worse” mentality and leave the field clear for right-wing endeavours.
We see an absolute necessity to counter such agitations with a movement that includes everyone. We want to live with and not against each other.
Instead of being dazzled by nationalistic ideologies, we refuse to think of people within the constraints of pigeonholes and wish to encounter each other’s particularity with respect and care. Being open and self-critical towards our own mechanisms, and shedding light on make-believe taboo subjects such as power and hierarchy, are integral parts of this movement.

Taking care of our planet and living together peacefully are not compatible with an economic system based on the exploitation of people and our connatural world; a system that can only be kept alive through a constant growth mindset, excluding more and more people who cannot be turned into ‘value’. The climate is not only becoming more volatile in the atmosphere, but also on earth. Conflicts and wars are being fuelled while arms-expenditure soars. For as long as we can remember, thousands and thousands are dying within this system, and almost one billion people go hungry while a third of our food production lands in the bin.
We prefer to change the system and not the climate, refusing to be part of a society that understands nature as a mere resource and animals as meat; a society that does not leave time for care activities and judges people based on their cost and efficiency.
We are walking a new path.

We share the common vision that we can overcome existing conditions of human separation and work towards new forms of conviviality. New kinds of relationships can come into being by openly sharing and communicating needs and talents. Ones that recognise individuality as a basis for our interactions and consider our differences as an enrichment of our experiences.
The challenges of our times cannot be treated individually, neither can they be solved by individuals or parties. We want to develop new forms of living together to make a good life, for all, possible. Conscious of our dependence on this earth and also on each other, we are deeply convinced that we can live together according to our needs and abilities. Many of us call it moneyfree(er)-living, others Ecommony, Commonism, or the gift economy, while others talk about unconditional sharing. But, instead of tripping over terminology, let’s start to re-create the world: we celebrate the experiment of living utopia to confront the global issues of our time, beyond nations.

Do these words sound appealing to you? Then get involved in developing this further!

built with Grav and by chandi.